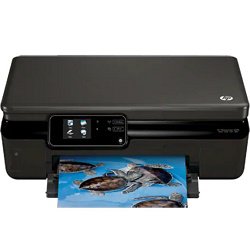 The Photosmart 5510 is a mid-range, all-in-one home, designed for those interested in photography, who might also have a smart phone. It includes several High-End features, such as touch screen controls. HP seems to have changed the angle away from high gloss, black plastic, supporting the brown color scheme and gunmetal. We did not regret seeing the piano go black, and this machine turned out to be good and smoothly arranged. The designer has highlighted the scanner section and control panel, making them look almost removable (they don’t), which somehow makes the device look Low-Profile too.

One reason for the low-to-the-desk looks is paltry 80 main sheets of paper tray, which need regular restocking in all but very rare-print environments. Above this tray is a 20-sheet photo tray, although it is strangely not having an end-stop for paper, which means you have to insert the sheet with the heart to get it under the feed roll. The photo tray also slides freely in and out, making it more fiddly to load. The main control panel contains an 89mm touch screen, with three special touch buttons on both sides. The panel is sensitive enough for easy control, while not close as good for touch as an ordinary cellphone. Used, we came across several places where we received an error message, without a way to cancel out of the screen, which was only a bad design.

When we attach a USB cable to an HP photosmart printer, the computer will try to recognize it and if it has a suitable driver, it can do an automatic installation and print. If the computer does not recognize the printer, we need to install the driver. The new printer is equipped with a CD that contains a Printer driver for a different operating system, which allows us to install manually.

How to installing HP Photosmart 5510 driver 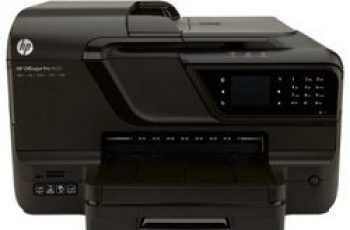 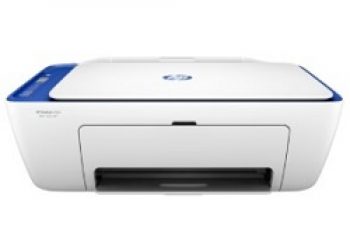